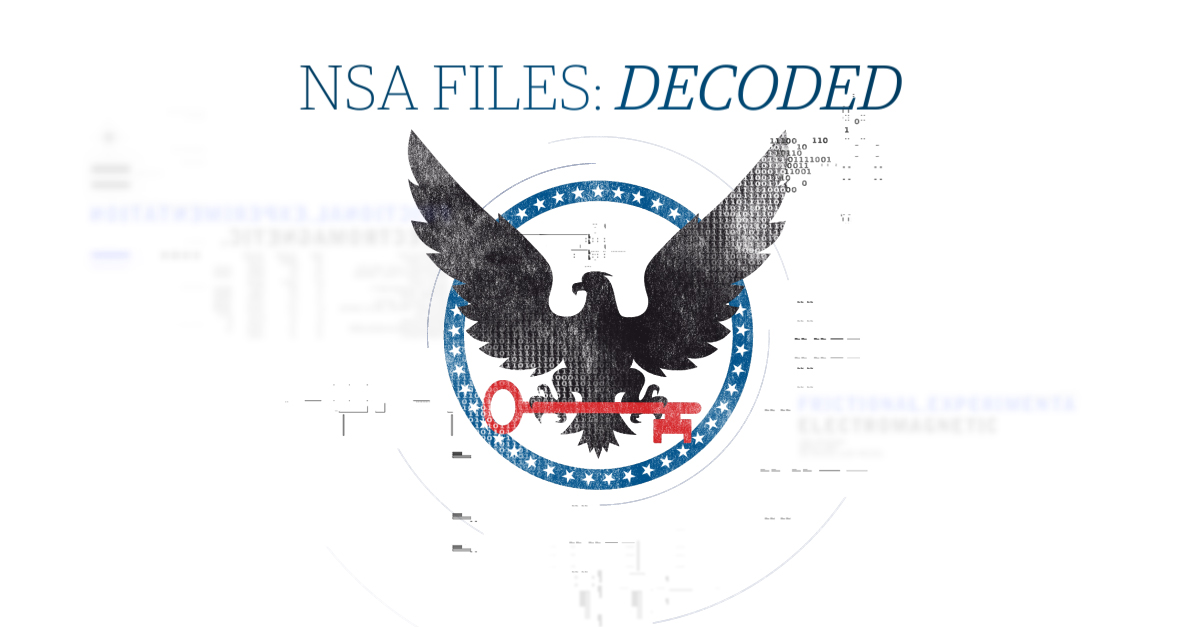 Two factors opened the way for the rapid expansion of surveillance over the past decade: the fear of terrorism created by the 9/11 attacks and the digital revolution that led to an explosion in cell phone and internet use.

But along with these technologies came an extension in the NSA’s reach few in the early 1990s could have imagined. Details that in the past might have remained private were suddenly there for the taking.

NSA is helped by the fact that much of the world’s communications traffic passes through the US or its close ally the UK – what the agencies refer to as “home-field advantage”. The NSA has its own cable-intercept programs tapping traffic flowing into and across the US. These operate mainly under four codenames — BLARNEY, FAIRVIEW, OAKSTAR and STORMBREW — and are collectively known as Upstream collection.

The Snowden documents show that the NSA runs these surveillance programs through “partnerships” with major US telecom and internet companies. Some of these relationships go back decades, others are more recent, in the wake of 9/11 and with the growth of the internet.

The division inside the NSA that deals with collection programs that focus on private companies is Special Source Operations, described by Snowden as the “crown jewels” of the NSA.

In one top document, published here for the first time, SSO spelled out the importance of these commercial relationships which come under the heading “Corporate Partner Access”.

In bald terms, it sets out its mission: “Leverage unique key corporate partnerships to gain access to high-capacity international fiber-optic cables, switches and/or routes throughout the world.”

As well as fiber-optic cables in the US, the NSA has access to data gathered by close intelligence partners such as Britain’s GCHQ.

The Snowden documents revealed the existence of Tempora, a program established in 2011 by GCHQ that gathers masses of phone and internet traffic by tapping into fiber-optic cables. GCHQ shares most of its information with the NSA.

Distance between ocean surface and floor not drawn to scale

As well as its upstream collection programs, the NSA also has Prism, which, according to the Snowden documents, is the biggest single contributor to its intelligence reports. It is a “downstream” program – which means the agency collects the data from Google, Facebook, Apple, Yahoo and other US internet giants. One slide claims the agency has “direct access” to their servers, but this has been hotly disputed by the companies, who say they only comply with lawful requests for user data.

When the Guardian and the Washington Post revealed the existence of Prism the companies denied all knowledge of it and insisted that any co-operation with the intelligence agencies was compelled by law.

The names of many of the NSA’s “corporate partners” are so sensitive that they are classified as “ECI” — Exceptionally Controlled Information — a higher classification level than the Snowden documents cover.

But some of the internet companies are named in the Special Source Operations briefing on Corporate Partner Access. A graphic comparing weekly reports involving the companies lists some of the Prism providers. Other companies on the list are protected by ECI covernames. Artifice, Lithium and Serenade are listed in other documents as covernames for SSO corporate partners, while Steelknight is described as an NSA partner facility.

This is the first time that data giving a sample of the number of intelligence records being generated per company has been published. It shows that over the period shown, June to July 2010, data from Yahoo generated by far the most NSA intelligence reports, followed by Microsoft, and then Google. All three companies are fighting through the courts to be allowed to release more detailed figures for the numbers of data requests they handle from US intelligence agencies.

Not all companies have complied. Ladar Levison, the founder of Lavabit — a small, secure email provider used by Snowden — suspended operations in August rather than comply with a warrant that would have allowed the US government access to the data of all Lavabit’s 400,000 customers.

In a statement defending its surveillance programs, the NSA said: “What NSA does is collect the communications of targets of foreign intelligence value, irrespective of the provider that carries them. US service provider communications make use of the same information super highways as a variety of other commercial service providers. NSA must understand and take that into account in order to eliminate information that is not related to foreign intelligence.

But some members of Congress, such as Lofgren, who represents a Silicon Valley district, are unconvinced. She warns that the programs not only undermine individual privacy, but threaten the reputations of major American telecom and internet companies.